Skip to content
April 08, 2021
Near May 1st, in addition to thinking about where to go to play with fewer people, the face of a variety of emerging concepts, want to buy a TV at the bottom has become a truly brain-burning game. SUHD, Quantum Dots, OLEDs, Surfaces, Intelligence, If you just look at a noun, it's difficult to distinguish the pros and cons.

However, under the "famous" is not a bad thing, enough to see the rapid development of high-tech color TV. In fact, as long as you look for the following three points, it is not difficult to find a good TV under the guise of technical terms.

Appearance: The surface is not fresh The borderless surface is the new trend Not long ago, even millet, Leshi and other Internet companies have launched surface televisions, visible surface TV is the future trend has become the industry consensus. Surfaces have also become synonymous with high-end television. So, if TV is not out of date, it is especially necessary to buy a tall curved TV. 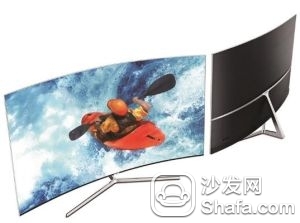 However, Samsung, which launched curved TV as early as two years ago, has recently introduced a borderless surface design, which must not be missed in pursuit of high quality. It is reported that Samsung's latest SUHD TV KS9800 is the world's first non-border surface TV, can be perfectly integrated into any home design. In addition to removing the frame, the KS9800 also achieved a 360-degree no-dead-end design by removing the back screws and using a water back plate, and even reached the highest level of integrated technical ultra-thin technical barriers.

In fact, not only from the aesthetic design point of view, non-border surface TV can greatly reduce the interference of the external conditions, watching as if placed in the TV screen, creating an unprecedented sense of immersion.

However, the mainstream is not the trend. If you are still waiting to see if you purchase Ultra HDTV, you are already out of line. But even if you buy it now, it's not a good thing. Quantum dots have now replaced Ultra HD as a new trend. It is reported that quantum dot television has reached the limit of LCD TV color and brightness. Moreover, according to industry analysis, there is basically no material that can replace quantum dots in the short term, and its maturity and environmental protection have been professionally identified. 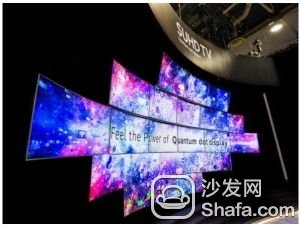 At this year's AWE, Samsung launched its second-generation SUHD QD TV, using the world's only environmentally friendly cadmium-free, 10-bit quantum dot display technology to create stunning brightness, contrast, and even show up to One billion kinds of purest colors.

If you can buy "quantum dots + HDR package", the effect is better. The two complement each other not only with unparalleled color performance, but also has a wider brightness display capability, which can create more contrast and detail expression of the screen. Among them, the brightness of Samsung SUHD TV reached the highest 1000 nits in the industry, and this is the standard for international top companies to make movies.

Smart: Ecology and systems are â€œflying in the skyâ€ and interconnection is the future As more and more Internet companies enter the color TV industry, the ecology and the system become the industryâ€™s hot words. To a certain extent, Internet TV has solved the problem of long-term separation of hardware and content. However, TV, as the core of smart home in the future, can be interconnected and is the future. After all, future television will not be used solely for watching programs. 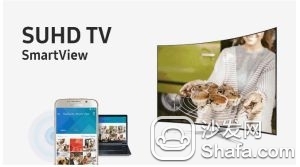 In this regard, the practices of big-name TV manufacturers are more open. Whether or not the UI can be set independently, whether it can connect other devices, whether it can operate across devices or even cross-platform, to some extent, these three items represent the intelligence of a television. It is reported that Samsung TV has achieved a perfect "cross-border" and has become a smart model of interconnection.

Samsung SUHDTV is equipped with a fully upgraded Tizen system, which is faster, more convenient, and more practical. It can automatically identify devices connected to TVs and even other manufacturers' devices, presenting them on TVs in a simple and intuitive way. Moreover, for different groups of people, Samsung TV also has different UIs for Chinese visual style theme, making the operation experience simpler and more humane.

Maybe you can't miss the bottom, look for three points: no border surface, quantum dots, interconnection, a TV facing the future can be divided into pockets.