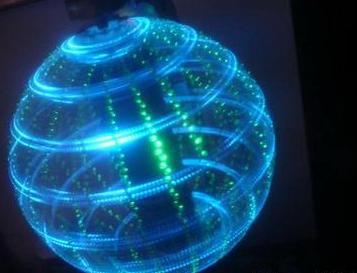 Nearly 200 countries in the world, millions of people, did the same thing at the same timeâ€”halting an hour. In response to climate change, the world celebrated its eighth "Earth Hour" event on the 29th. More than 7,000 cities (towns) around the world have turned off lights in all or part of the city between 8:30 and 9:30 local time. This reminds people to pay attention to CO2 emission reduction and environmental protection. importance.

Agence France-Presse said on the 30th, South Africa local time at 8:30 on the evening of the 29th, Cape Town, South Africa in the "Earth Hour" event called on the public to turn off the lights to save resources, at the same time, the city also extinguished the famous landscape "Table Mountain" All lights on. On the day before the event, the "Earth One Hour City Challenge" (EHCC) event, which was initiated by the World Wide Fund for Nature, awarded Cape Town an award for the 2014 "One-hour Global Capital" award to reward the city for combating climate change. The efforts made by residents in terms of quality of life.

In this challenging event, Cape Town came to the fore in more than 160 cities in 14 countries around the world, defeating the Nordic cities Stockholm and Copenhagen, which are known for their livability. The CEO of the World Wildlife Fund in South Africa, Du Plessis, said that Cape Town has made great efforts to develop sustainable cities. The inclusion of the "Earth Hour Capital of the Earth" is also a recognition of the world. He also stated that the solar energy heating projects, water-saving projects, and waste recycling projects promoted by the city were all considered by the judges as "plus points."

The British "Daily Mail" said that the "light-off one hour" event was launched in various countries in the world on the evening of the 29th. According to rough statistics, at least 200 countries have extinguished the lighting of one or more "landmark buildings" in the country: such as Times Square in the United States, the British Parliament building and Big Ben, the Sydney Opera House in Australia, and Moscow in Russia. Red Square and the Eiffel Tower in Paris, France. Many Chinese cities including Beijing and Shanghai also participated in the "Earth Hour" event.

Many companies and organizations around the world also participated in the collective lighting out on the evening of the 29th. In Vancouver, Canada, many restaurant attendants turned on the lights and turned on the candles to respond to the "Earth Hour" event. Google, the worldâ€™s largest search engine company, participated in an event in an ingenious way. During the lights off period, its search engine home page appeared in black and white, marking â€œGoogle is also turning off the lights.â€

The Daily Mail said that in order to attract more young people to participate in the â€œEarth Hourâ€ event, Singaporeâ€™s evening event on the evening of the 29th can be described as â€œthe star shinesâ€â€”the country has hired Hollywood stars and the â€œExtraordinary Spider-Manâ€ series of movies. Starring Andrew Garfield and Emma Stone as ambassadors for the country. This is also the â€œEarth Hourâ€ event that has been invited by the â€œsuperheroâ€ in the official movie and TV drama for the first time since 2007. The "Daily Mail" stated that in addition to raising environmental awareness among participants, the 2014 "Earth Hour" campaign also helped raise funds for millions of dollars in projects involving environmental planning worldwide.

However, the "Earth Hour" activity has also received many questions since 2007. Some critics have said that the "showing" component of the event is more than practical and "extremely stupid". For example, during the â€œlight-off one hourâ€ period, ordinary people need to use candle lighting, and â€œturning off the light and waxingâ€ means emitting more harmful gases, far exceeding the carbon emissions that are reduced by turning off lights for one hour. A power expert pointed out that a wide range of power outages and restarts will cause an unnecessary burden on the power grid system and increase the potential for power grid failure and security. The United States of America criticized that the "Earth Hour" activity was merely an "invalid activity that made people feel good about themselves." It did not really reduce CO2 emissions. It only served to "distract attention."